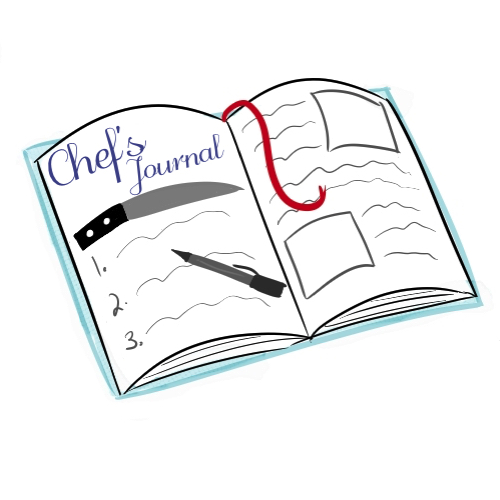 It has to be my Greek upbringing and the fact I only drank milk from birth to four years old, but I love yogurt. Fage was a household staple long before it helped launch a national Greek yogurt obsession.

Aside from straight up yogurt, I love tangy yogurt based beverages, like kefir and lassis. I have previously talked about how I also love smoothies, and a good lassi is essentially that. With summer coming near an end I have been stocking up on berries at the local farmers market. I usually freeze them but I decided to try something new with some of the fresh. 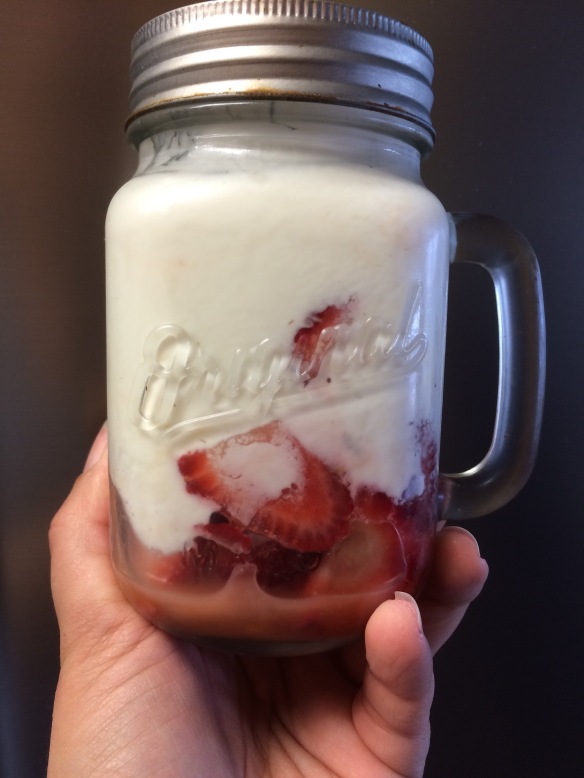 I prepped everything for the lassi, so I just have to dump it in the blender with some ice. Some recipes I have seen call for buttermilk, so I decided to try adding some apple cider vinegar, both for health benefits and some added tang.

In a jar, I placed about 3/4 cup of fresh halved strawberries, about 1-2 teaspoons of maple sugar, a dash of vanilla extract, 3/4 cup Greek yogurt, and about a tablespoon of apple cider vinegar. I loosely mixed it and let time do its thing, breaking down the strawberries and adding more zing to that yogurt. 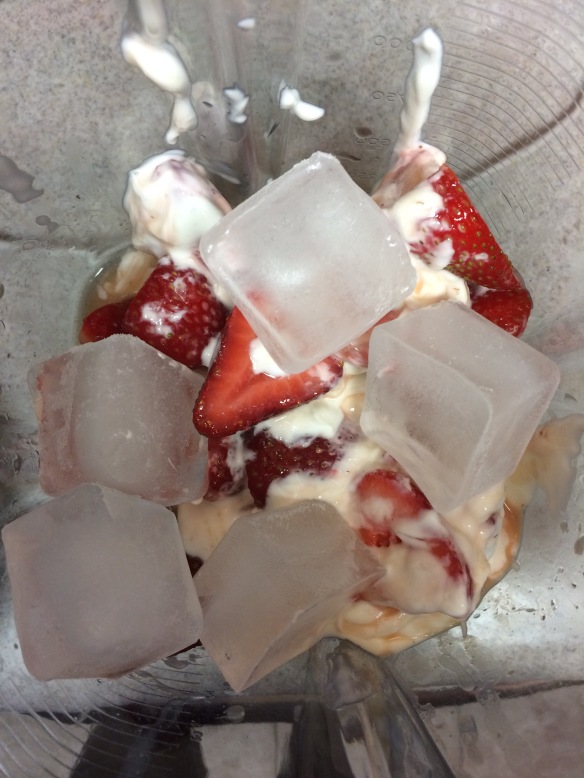 When ready to blend I emptied out the contents of the jar into my vitamix, added about 5 large ice cubes and blended away. 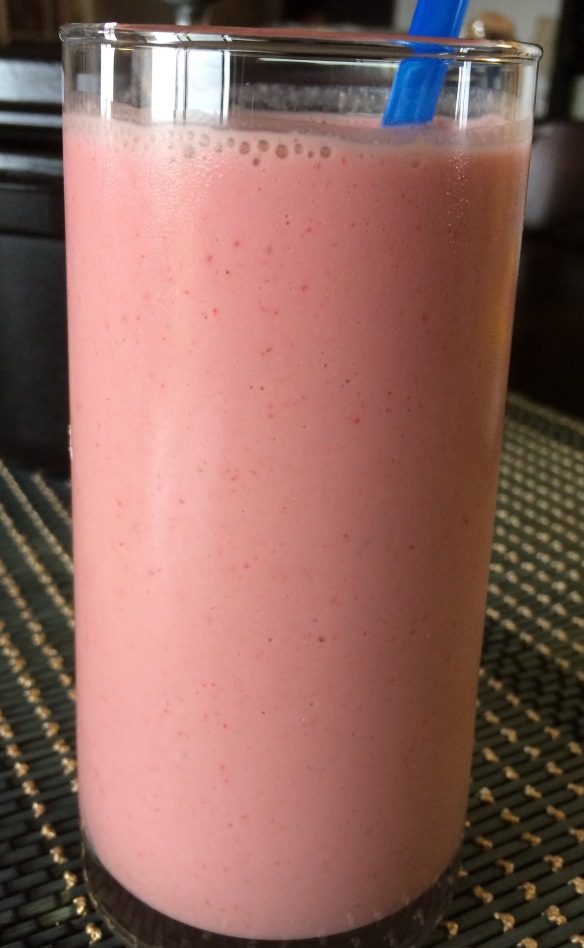 The lassi was cool and refreshing after a gym workout. The maple sugar added a hint of sweetness and the apple cider vinegar gave the drink a nearly effervescent feel.