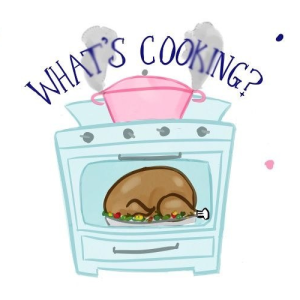 Whenever I want to bring a homemade-esque dessert to an event and I want to do it in a pinch, I revert back to semi-homemade tactics and make cheesecake brownies. They are ridiculously easy, versatile, and best of all, taste phenomenal.

Now the reason I say semi-homemade is because I prefer boxed brownie mix over making brownies from scratch. Not to say that brownies from scratch are difficult, but for some reason I have always preferred the taste of Betty Crocker or Duncan Hines in my mouth (that’s what she said, anyone?). Plus, we’re talking about doing stuff in a pinch.

To make the browines, you follow the recipe on the box as indicated. Pour the batter in your pan, and set aside, do not bake immediately.

For the cheesecake topping you’ll need:

Cream the sugar and cream cheese with a hand mixer or in a stand mixer until smooth. Mix in egg, vanilla, and optional flavorings. Spread the mixture over your brownie batter. You may either marble topping in swirling around with a knife, or you can smooth it on top to keep it a separate layer. Bake according to brownie package directions. It’s that easy! 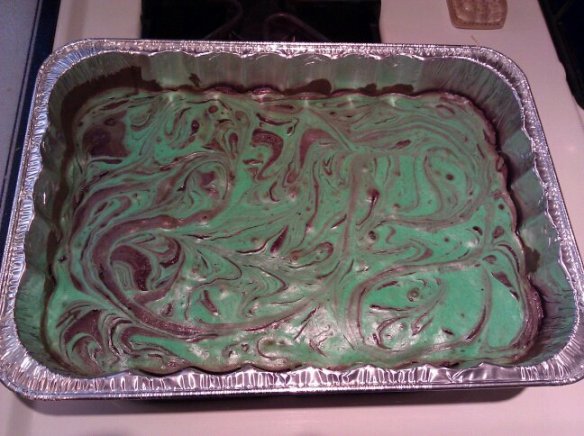 An example of green cheesecake brownies I made for a Jets-themed party. All it took was a few drops of green food coloring in the cheesecake mixture. 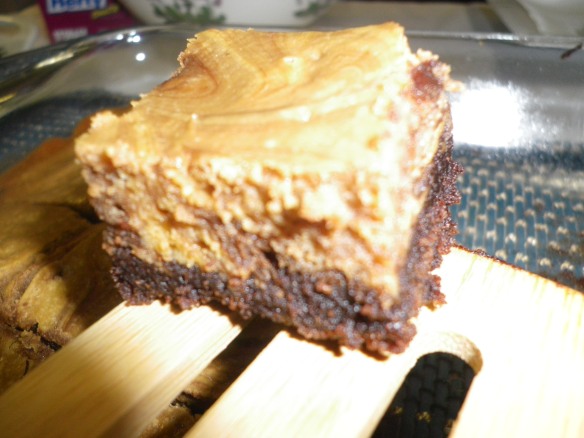